The Taiwanese Rating Board has rated (the link is currently not working, but it was, we promise!) an unannounced title called Castlevania Advance Collection for PlayStation 4, Xbox One, Nintendo Switch, and PC. Konami has yet to announce it officially, so no specifics are known, but the naming implies it should include the Castlevania titles initially released for the Gameboy Advance.

This unannounced collection was previously rated on the Australian Rating Board back in June of this year.

Back in the day, three of the Castlevania franchise’s games were released for the Nintendo handheld: Circle of the Moon, Harmony of Dissonance, and Aria of Sorrow. The third of those games is particularly well-regarded by the fandom and had a Nintendo DS sequel called Dawn of Sorrow.

We’ll keep you updated on future announcements and the latest news on this Castlevania Advance Collection when Konami officially reveals this project and its actual contents. I, for one, can not wait for this hopeful eventual announcement. 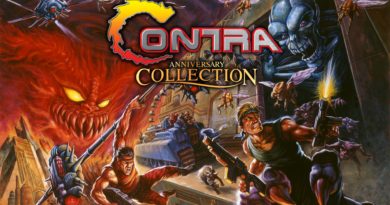