Year after year, the Call of Duty series is one of, if not the best-selling video games on almost every console. The series has millions of die-hard fans that anxiously anticipate each year’s new entry but also has a seemingly equal amount of people who hate it. Chances are when you think Call of Duty; you think multiplayer. The series has been a pioneer in online multiplayer, with fans fighting it out in team deathmatch, zombies, and a whole slew of modes each year. One aspect of Call of Duty that is often overlooked, however, is each game’s campaign mode.

All it takes is one look at any Call of Duty game’s trophy percentages on PlayStation to see that most people that play Call of Duty don’t even touch the campaign. Hell, Call of Duty: Black Ops 4 launched without a campaign mode, and no one seemed to mind. This is a shame as these campaigns are usually masterfully built with memorable characters, set pieces, and levels that the developers put a lot of work into.

While many consider the more recent Call of Duty campaigns to be lackluster or forgettable, the Modern Warfare series is renowned in the fanbase for having an incredible campaign. This is why so many were happy when Activision shadow launched Call of Duty: Modern Warfare 2 Campaign Remastered. No, this isn’t a full remaster of Modern Warfare 2. Instead, it brings the campaign to current-gen consoles for the low price of $20. For people like me who usually only play Call of Duty games for their campaign, this was a welcome surprise.

Upon booting up the first mission of Call of Duty: Modern Warfare 2 Campaign Remastered, I was immediately blown away. Many games from the last generation of consoles look blurry compared to modern games and, even when remastered, can still be rough around the edge. Luckily, this could not be further from the case for Modern Warfare 2.

Comparisons from the original release to the remaster are like night and day. The 2009 version never looked terrible but, in contrast to the 2020 version, it sure does. Surprisingly, many textures and character models in this release could stand up next to many shooters released today and put up a graphical fight. I’m used to many remasters upping the original game’s resolution, porting it to a new console, and calling it a day, but with Modern Warfare 2, it’s clear a lot of work went into making it look to the best it can. Whether you love or hate the Call of Duty series, it’s impossible to deny that the series has some of the best shooting mechanics in gaming. These mechanics are still present here. The gunplay is tight and precise, with no death feeling cheap. Each time you die, you have a clear understanding of why, and over time, your skills improve. Still, the game will test those skills across many missions.

The campaign is as difficult as you make it, with the standard difficulty modes available for all level players: Recruit, Regular, Hardened, and Veteran. While I recommend playing your first time through on Recruit or Regular to get through the story, Hardened and Veteran are fantastic for those who want to get the most out of this experience. Modern Warfare 2’s story picks up right after the events of Modern Warfare. Despite having prevented a nuclear war with Russia, ultranationalists are able to take hold of the country. Due to this and some events that I won’t spoil, a war breaks out between the United States and Russia. Players switch back and forth between a group of United States Army 75th Ranger Regiment and British international Special Forces unit Task Force 141 as the two groups fight in the war.

The story is actually much more interesting than many FPS campaigns that I have played in the past. Of course, it is part of a bigger narrative, so I recommend playing Call of Duty 4: Modern Warfare’s campaign before this one. The campaign only takes about six hours to beat, but I found myself attached to each character by the end of it. Characters such as Ghost, Shepherd, Soap, and Price are all iconic for fans of the series, and now I see why. Each of them has a unique personality, culminating in a story that I won’t be forgetting soon.

Return for another round of controversy is the infamous mission known as “No Russian,” where players take part in a terrorist attack. The mission is still available in the remaster but is entirely skippable. After playing, I understand why some might be offended. If you think that this would offend you, worry not, you won’t be missing much in the story if you decide not to play it. Players looking for things to do in Modern Warfare 2 after finishing the main story will be a little disappointed. Just like the original game, completion of the game unlocks a mission entitled “The Museum,” which features most of the characters, guns, and vehicles found throughout the campaign. This is only a little more than a bonus, so don’t expect to spend much of your time here.

Of course, the other difficulties allow for more challenging replays of the campaign, but you don’t really get anything for this other than trophies or achievements. Still, for people like me, this is enough. Given the price of entry for this experience, I don’t take much issue with the offerings.

Modern Warfare 2 isn’t perfect, however. You can definitely tell that this game is from a different era. There were many times that I assumed I could vault over simple objects in the environment because most modern FPS games allow for that kind of movement. Back in 2009, however, this was less common, meaning you can barely vault over anything. This is hardly something that will ruin anyone’s experience with the game, but it was worth noting. Call of Duty: Modern Warfare 2 Campaign Remastered is a fantastic remaster of one of the best Call of Duty campaigns ever made. The lack of substantial content might make the experience barebones, but it’s enough to provide you an afternoon of well developed FPS action. While playing, it’s easy to see how the series has evolved over the years mechanical, but the responsive and tight controls that it is known for shines during each moment of this unforgettable campaign. 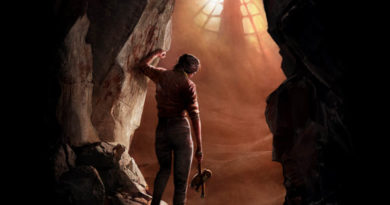