Electronic Arts announced that Burnout Paradise Remastered will release on Nintendo Switch on June 19 both digitally and physically.

Burnout Paradise Remastered is considered to be the definitive Burnout Paradise experience as it includes the original game with eight DLC packs included in the version. The various packs available also include Cops and Robbers pack, Legendary Cars, Burnout Bikes, and Big Surf Island.

During gameplay, players can smash their way through traffic and compete in online races with up to eight other players. The game also supports local play, which works with this version of the game in docked and undocked mode.

Burnout Paradise Remastered has been optimized for Switch with the porting process highlight technological enhancements, allowing players to race at 60 fps, with high-resolution textures, and responsive controls.

Burnout Paradise Remastered originally launched on PlayStation 4, Xbox One, and PC in 2018. However, these console versions of the game also support 4k resolution. Still, the Switch version can be taken with you wherever you go. The game is known for its arcade-like racing modes and crash scenes where players need to avoid traffic or suffer watching their car burst into pieces before their eyes.

In case you missed it, you can check out the Switch announcement trailer below: 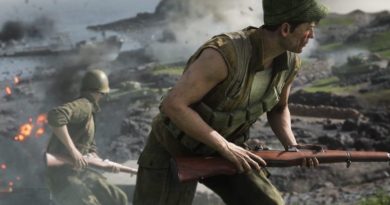