Neowiz has launched a new Valentine’s Day update for their SRPG Brown Dust, available now on iOS and Android.

Players playing on the “Americas” server have been given a special Valentine’s Day gift from the developer. Those who enter “browndustarticle” via the in-game Coupon Code form will obtain a special reward, limited to 1 per account.

The package is available now through February 15 so players should redeem it quickly.

Additionally, the newest update of the game introduces two new Mercenaries and Companions. First off, Lyudmila is a five-star Warrior who can attack up to three enemies in the rear formation and is joined by Crohina as her support. Next up is Lulu, a four-star Supporter who can cast Debuff Counter and heal party members quickly. She is joined by Yevna. 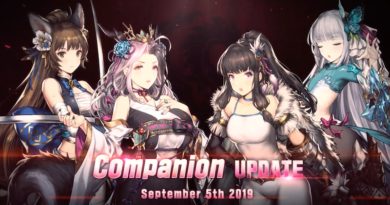