The developer also revealed that the game will be a timed console exclusive on Nintendo Switch, launching alongside the PC-via Steam release. More consoles will be revealed at a later date.

Bomb Rush Cyberfunk is a spiritual successor to Jet Set Radio and brings players to the world where players will face off against cops as they aim for new heights to display graffiti. During gameplay, players will create a crew and freely explore the streets. Players will take on missions to paint graffiti and raise their rep.

We’ll be sure to keep you updated on the development of Bomb Rush Cyberfunk. 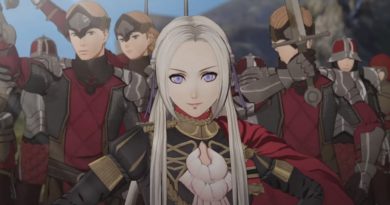 Fire Emblem: Three Houses Shows How to be an Academy Officer in New Trailer