EA has launched a new chapter in the DICE developed FPS Battlefield V, available now on PlayStation 4, Xbox One, and PC.

To give players who have returned to the game after the recent Firestorm update, which added the much-anticipated battle royale mode. DICE has launch Battlefield V’s Tide of War Chapter 3: Trial By Fire, a new update available and live now for the next 12 weeks. The chapter will add weekly challenges to the game and allow players to unlock new weapons, skins, and other items by completing tasks on the battlefield. Additionally, Chapter 3 will introduce Chapter Rank, which unlocks rewards as players earn experience and rank up during the chapter.

Starting in May, the Tides of War update will introduce players to the Battle of Greece with its first map, Mercury. Furthermore, a new game mode will be coming to Chapter 3, called Outpost. This will be an all-new multiplayer mode which will have players build and secure objectives to ensure their team assembles enough soldiers and generates resources so they can make it through the fight. Lastly, Chapter 3 will see the return of Squad Conquest, first shown in Chapter 2, this mode pits players against each other in an 8v8 conquest-style match.

Battlefield V is available now on PlayStation 4 and Xbox One, please check out our review of the game. Plants vs. Zombies: Battle for Neighborville Switch Review – Moving In 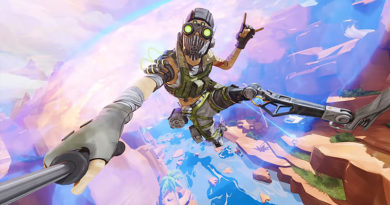