Beginning on February 17 through February 26, players will be able to check out new character illustrations for the band members of Afterglow, based on the Persona 5 series. Also, there will be a Persona-inspired original story as well as play cover songs from the Person series:

Additional events for the collaboration include Login bonuses, a limited gacha, and various Persona-inspired events. The login campaign will offer players the chance to get up to 500 stars as well as new items up until March 6. These items also include free costumes and items based off of the Persona-series, but it seems to be more influenced by Persona 5.

BanG Dream! Girls Band Party! is available now on iOS and Android devices as a free to play game.

You can check out all the banner details below:

Author’s take: You always gotta love a good collaboration. I’m interested in picking this game since I’ve heard pretty good thing about it. Record of Grancrest War: Quartet Conflict Launches in the West on Mobile Devices 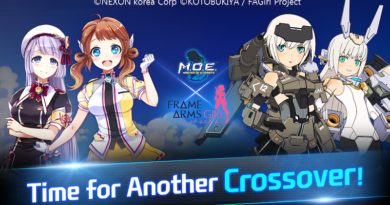