Publisher Thunderful and developer Digital Kingdom have announced a distinct dodge’em up arcade action-roguelike, Swordship. As its tagline implies, players will have to evade shots instead of initiating them, causing enemies to become perplexed and destroy each other.

This game takes place in the far future, where living on Earth is no longer feasible due to increased temperatures. To selectively deal with this dilemma, humanity built underwater cities solely meant for the elite to reside. Unfortunately, the lower-class suffer in the unrelenting heat on the Earth’s surface, where survival is only possible via stealing containers transported between the underwater cities.

However, crewless yellow ships suddenly appear stealing containers, though their objective remains unclear. As it turns out, their goal, whether it be aiding the poor, gaining power, or seeking prominence, are all the player’s choices.

Since firepower is non-existent, speed is the name of the game to success, and that’s why much care was made to make navigation light and responsive. Further, ships can be heavily customized with power boosts and passive upgrades that are all dependent on the player’s gameplay style. Weather conditions also alter throughout the randomly generated levels, so several factors must be considered when progressing.

You can view the announcement trailer for Swordship below:

Swordship is releasing for PC via Steam and unspecified consoles in 2022. 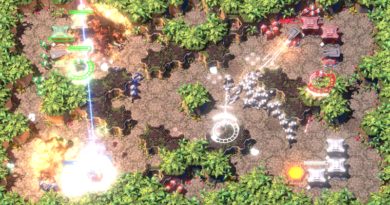