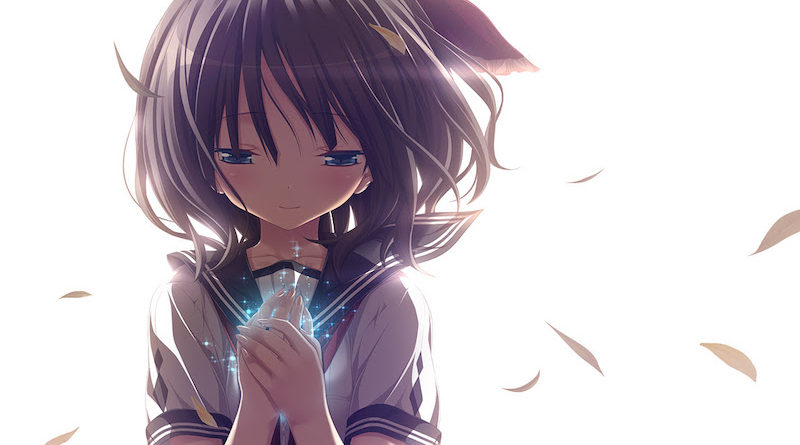 Sekai Project announced that the Purple Software-developed romance visual novel, Amatsutsumi, will release on PC via the Sekai Project store on July 29, 2022.

Amatsutsumi was previously banned on Steam for reasons unknown. The publisher promised to seek other ways to release the game in the west, and this seems to be the alternative.

During Amatsutsumi, players follow the story of Makoto, who has a power that allows him to manipulate people with the power of words, called Kotodama. So he decided to leave his home in the mountains to journey out into the world.

However, he doesn’t know how to live independently and wanders into a town where he is discovered by one of the game’s heroines, Oribe Kokoro. She convinces her family to let him live with them, and he begins going to school with her. Soon, he discovers that many of his new friends need some type of help and struggle with one thing or another. So, he uses the power of Kotodama to help him. What becomes of this plays out throughout the story.

Initially released in 2016, Amatsutsumi has character designs by Koku and Hiro Tsukimori, and the game will be translated into English and Chinese.

We’ll be sure to keep you updated with future releases from this publisher.