JAST USA has announced Tokyo Hero Project during their panel at Anime Expo 2022. The visual novel developed by ALcot (Onigokko!) was released in Japan in 2012. The English version is currently 90% translated and 40% edited. As with the other announcements, the PC game has no release date yet.

Tokyo Hero Project is a cute-looking VN that takes place two years after the creation of a weird public security system. By placing hero cosplayers in the wards of Tokyo, the government managed to promote public order. However, what most people don’t know is that these cosplayers actually fight a secret evil society called Black Outsiders.

One day a poor student happens to see one such battle as he looked for a part-time job at night. The weird scene baffled him and he ended up missing the time to his interview, being left with no job. His friend gives him a tip to another job opportunity and he decides to give it a try, only to find out later that the place he was hired into was the secret society Black Outsiders.

Under the command of Amamoto Louise, he will now have to fight the Tokyo Hero Project personnel for Louise’s sense of justice. For the battles, he’ll wear a weird mascot outfit. Meanwhile, he’ll have the chance to get more intimate with Louise and three other girls.

Check out the Japanese opening video to Tokyo Hero Project: 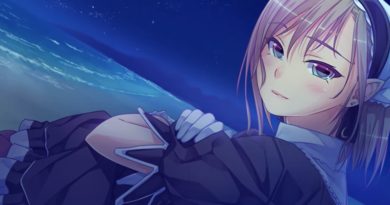