Developer Why So Serious announced that their adventure streamer-fostering adventure game, Needy Girl Overdose, has been delayed until Spring 2021 for PC-via Steam, from its planned early 2021.

The delay has come as the developer wants to address improvements and adjustments to the adventure.

Needy Girl Overdose has players assume the role of P-chan, acting as both lover and producer for online streaming idol Ame-chan. Ame-chan happens to be a hot mess and begs for your approval to the point where she’ll take your advice to advance her online idol career. She’s cute, she’s selfish, and she’s a little bit messed up… and it’s up to you to turn her into a top-tier streamer.

Gameplay has players take on the task of fostering a young girl with the unhealthy need for attention from you. If that wasn’t bad enough, she also has an obsession with the internet. Players will get to know Ame-chan and her alter-ego OMGkawaiiAngel-chan, who she becomes while streaming.

You’ll need to guide her to get more followers and comments until she becomes the most popular girl online. This all takes place over a computer screen and through chat; it’s also really unhealthy in real life, but this is a video game, so it’s cool, and we aren’t judging.

We’ll be sure to keep you updated on the release of Needy Girl Overdose.

In case you missed it, the developer is currently working on Record of Lodoss War: Deedlit in Wonder Labyrinth, which is in Early Access, so check out our preview.

You can check out some selfies of Ame-chan below along with some screenshots of the game: 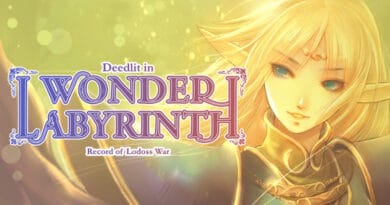