Developer Funktronic Labs has announced that their 80’s inspired skateboarding game, Wave Break, will be coming to Nintendo Switch and Steam this Summer. There is no date currently specified.

This title is currently available to play on Google Stadia.

The President of Funktronic Labs, Eddie Lee, had this to say regarding this announcement:

“We’re super excited to finally announce that Wave Break is coming to Switch and Steam this Summer. The team worked hard to get it smooth 60hz on Switch, and we can’t wait to see all the wacky fan-made creations in the new Park Creator. We also have another big musical surprise coming for launch, you won’t believe it!”

You can view the developer commentary trailer for this title below: 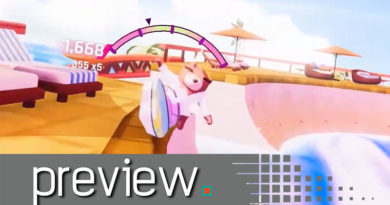